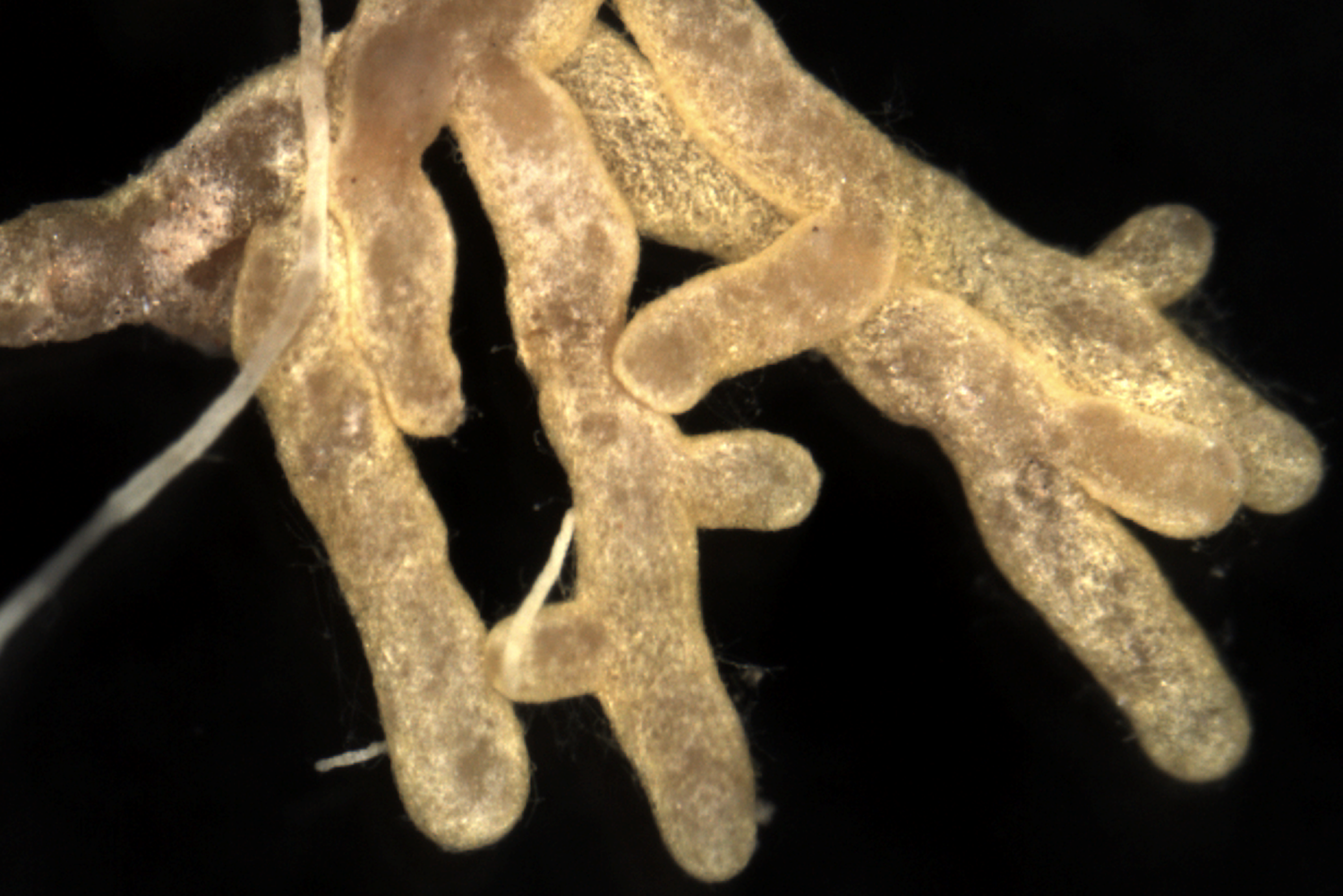 At The Carbon Community our mission is to create forests and accelerate carbon removal, with breakthrough science. In our landmark carbon sequestration trial, one of the break-through nature-based solutions we are testing is the addition of forest biome when we plant trees. This adds a complete ecosystem of bacteria and fungi to the newly planted tree. Using soil from established woodland in this way has been demonstrated in the lab to accelerate tree establishment and carbon sequestration. But does it work at scale?

A critical part of this biome, are mycorrhizal fungi. In a mature forest, overtime, mycorrhizal fungi develop in the soil to provide fungal networks that feed trees with essential nutrients. You may be familiar with mycorrhizal fungi from the garden centre as a powder you dip roots into before planting shrubs in your garden, but in a mature forest there are thousands of different fungal and bacterial species and it is this diversity which can have the biggest impact on young trees. By injecting a complete forest biome into the planting hole, we are seeking to accelerate a completely natural process, which would otherwise take decades to fully develop.

When most people look at a forest, they see the trees, and its easy to assume that the bulk of the carbon stored is the bit you see. But in fact, in a mature forest, 75% of the carbon is stored below ground, in the soil and the roots, and mycorrhizal fungi are a critical component in making this happen. So, to fully understand carbon sequestration, we need to study the science behind it, and understand mycorrhizal fungi’s crucial role.

Mycorrhizal fungi extend trees’ root-systems by up one hundred times with incredibly fine mycelium networks capturing nutrients from a much wider area than roots could alone.  Most living plants rely on mycorrhizal fungi. The fungi use specialized acids to break down rock, dead wood and surface litter such as dead animals into minerals, including nitrogen and phosphorus, which are then shared with trees. In return the trees share sugars, generated through photosynthesis, with the fungi giving them fuel to grow. This beautiful (and essential) partnership enables both to thrive in a symbiotic relationship, each performing a role that the other cannot, but they both need to survive.

New forests are often created on former farmland, which may have been intensively farmed over many generations, suppressing below-ground biodiversity. At the Carbon Community, adding soil from nearby established woodlands should accelerate colonisation of the roots by the fungi and speed up beneficial functions like tree growth and resistance to pests and diseases. The levels of the colonisation and diversity of the fungi are then measured by direct examination by the scientific team at KewGardens.

The hope is that the findings of these field trials will guide or inform similar afforestation practices across the UK. Its looking promising, but we’ll have to wait a bit longer before we know the results of our field trials.